Down to earth: capturing wisdom from around the world

For five years, traveling six continents, parents Renata Heinen and Rolf Winters and their three children went on a journey of discovery to capture the wisdom of the “Earth Keepers.” They found indigenous communities living in total harmony with their surroundings, far removed from our technologically focused culture. Down to Earth is the resulting film of their travels. We spoke to Rolf Winters about the experience.

You must have had so many special moments in the course of five years?

“One of our most meaningful experiences was on the small island off the north coast of Australia, in the heart of the Aboriginal homeland. It was a little miracle that we had managed to get permission for our visit, since there are no outsiders allowed at all. We were given a strict permit for just a two-night stay – bringing our own food and shelter – and were told not to film. But nothing could have prepared us for the way we were welcomed into the small community. The clan leader and medicine woman, Laklak, welcomed us with a sweat ceremony, where she rubbed her sweat on us so the island spirits would recognize us. Before we knew it, our kids ran off to play with the teenage ‘small crime convicts’ that she is known to rehabilitate on the remote island, bringing them back in touch with nature. Sitting by the fire in the evening felt like we were reconnecting with a long- lost family – there was such a profound connection between us. And so later that night, Laklak said we were welcome to stay on the island as long as we liked. Before we left, two months later, we were adopted into their family.”

What did you discover about yourselves and each other along the way?

“One of the most important things we all learned is how few material things we need when we live in connection with nature. Even though we all just had one backpack, we actually felt over-equipped – especially when we lived with isolated tribes such as the Shuar in the Amazon rainforest or the San in the Kalahari Desert. The simplicity and the balanced way of the life we experienced was one of the great gifts to us on the journey. They have so little, but at the same time it felt like they have absolutely everything, as they have no dependencies on others, like we do. Just on nature.”

“What surprised us as parents is how flexible and adaptable children are. In the beginning of our travels it wasn’t always easy, but once we got into the flow of the journey – by letting go of what we wanted and planned – our children were quickly at ease in any new community we visited. In fact, they would often be ahead of us! They’d be playing and communicating with children of the tribe, while we were still trying to make contact with the elders through an interpreter.”

For many of us, quitting your job to go and travel might be a bit too impractical for real life. Do you have any insights from your journey that we could apply to our daily lives?

“We have so much to learn in our modern society from our indigenous brothers and sisters, in so many aspects of life: how we connect with nature and all life forms, how we guide and educate our children, how we look at our health and happiness, the way we select and nurture leaders. But most of all about how we walk our path, how we navigate through life as human beings.

Our modern world has become so planned, we have an information overload and are mind-driven to the point that we get confused and often consider our rational mind as our trusted processor and compass. That might actually be the biggest difference with the Earth Keepers, who totally rely on their heart and intuitive abilities to navigate through life. Big decisions are for the heart and small everyday ones for the brain, they say.”

Has the transition back to “normal” life been challenging for you and the children?

“The transition has been quite a challenge. We now live in a greenbelt area between London and Brighton, which we chose because of its free-spirited community, the unique school and being surrounded by nature. Life is slower here. We couldn’t move back to the city now – that will probably never be an option again. The transition was different for each of us. The girls were actually quite eager to build their social circles. But still, our lives are very different: there are patterns and systems to deal with.”

Can you share some of the “learnings” from your journey?

“We have come to understand how everything, every aspect of life and beyond, is interlinked. Take time to reconnect with nature and yourself and it will help you to connect with everything else in life: people, animals, plants as well as the non-physical world. Follow your heart and intuition in your life choices and experiment! Experimenting is essential to avoid getting stuck in a groove, be it physically, emotionally or mentally. Keep challenging your habits and beliefs and keep an open mind. Walk with bare feet on the earth, love unconditionally and look at the stars at night to stay tuned in.”

Did you maintain any habits in the course of your journey?

“Whenever we set off on a physical journey we'd connect with each other, whether it’s in a car, a train or a plane. We'd hold hands and set our intentions for a safe and good journey. And when we were leaving a place, we would do a simple little ceremony to show gratitude. The simplest ceremony, one that we learned from the Native Americans, is to put down some tobacco and thank the land and spirits for caring for us. The kids have picked up on it and do it in their own way.”

Why is nature such an important part of this wisdom?

“We are nature. This is something we’ve un-learned in our society. A child knows this innately, but society tells us something different: that we can own, use and manage nature. We will never become sustainable beings if we don’t start to understand our co-existence, how we fit in the cycle of life. When you are truly connected with nature and all life, your actions change and your needs change, as well.

Underneath the tangible stuff lies a whole different layer that might be the most crucial aspect of what we need to recover, which is that in our connection with nature lies the source of our spiritual connection. I think this is one of the most important messages of the Earth Keepers.”

Slowing down is an important part of the Rituals philosophy. Are your lives now slower than before?

“Oh yes! That is the other part of the same equation. We’re going so fast that we run past the essence of life. There’s no harm in being efficient in getting things done, but our whole world has become obsessed with speed and the idea that more and faster is always better. But this creates an overload of impulses, information and noise in our heads and behavior that disconnects us from our real being. We have to slow down from time to time. It's like our Native American friend Mukwa Ode always says: ‘The slower you go, the more you get.’” 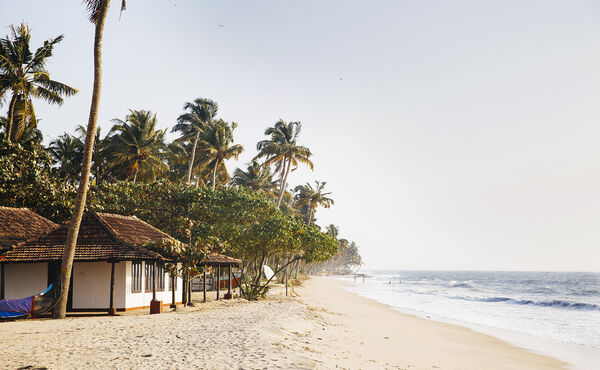 Explore the unexpected beauty behind Persia 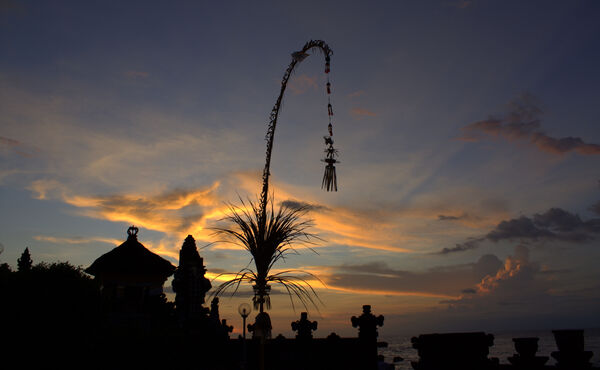