Day 1: What is mindfulness, really?

In the first day of our masterclass, we reveal what mindfulness is and what the benefits are. Plus, you’ll try your first mindfulness exercise

Exploring the question ‘what is mindfulness?’ is a good place to start this 5-day mindfulness masterclass. There will always be some nuance around what it means to different people and how they practice it. Generally, mindfulness trains your brain to be able to be fully present, aware and to pay attention in the moment. It allows you to quiet reactive thoughts and feelings without judging yourself. What it’s definitely not about is clearing your mind so that it’s blank. “The only time your mind should be blank is when you’re dead,” says Rituals’ mindfulness ambassador Ruby Wax, who has created this masterclass with us.

Instead, mindfulness encourages you to acknowledge your thoughts without letting them take over, but it takes practice – just a few minutes every day to get results. “Mindfulness is an exercise that actually affects the neurons in the brain and is the only way to see change - it’s like going to the gym, except the gym is in your mind,” says Ruby. “It’s doing an exercise in the mind that can change you, break habits, bring down your cortisol, deal with those critical thoughts. All of that is from mindfulness exercises.”

But as with exercises you do in the gym you have to be consistent to get results. “It’s like doing a sit-up in your brain, you know the way you lie down in the gym, get up, lie down, get up and you get a six pack. You don’t expect to get a six pack without training. The point is if you didn’t go to the gym and someone tells you to lift a 3lb weight, if you haven’t practised you don’t have the muscle. It’s the same with mindfulness. If you reach peak stress and you haven’t been practising it’s not going to help.”

Scientific studies show that with consistent daily mindfulness practise, your brain will physically change, which in turn changes your thoughts and reactions to challenging situations. Or, to put it another way: “Mindfulness is the only thing I know that can dig me out of despair and give me even a few moments break from my brain,” says Ruby.

“I think a lot of people think mindfulness is about rubbing patchouli on yourself, wearing an organic linen robe and sitting on a gluten-free cushion,” jokes Ruby. Equally, mindfulness is often used as a prefix to various activities to extol their calming benefits, such as mindful-colouring or knitting, oversimplifying the science and historically spiritual practice that underpins it.

That’s not to say that you can't get close to the feeling that mindfulness can bring in other ways though. “Hobbies like golfing, gardening or writing can put you in a state of ‘flow’,” explains Ruby. “Flow is when you’re not aware of anything else and it's when humans are at their best.” But Ruby’s quick to point out that flow offers very different benefits than mindfulness, which can be practised and called upon whenever you need it, wherever you are. “When someone is shouting at you, or you’re caught in traffic and your stress levels are rising - good luck finding a golf club or a garden.”

The benefits of mindfulness

Research has shown - via brain scanning – that practising mindfulness changes and strengthens the areas of the brain related to stress, immunity, concentration and memory, processing emotions and our ability to make good decisions. So if, for example, you get frustrated because you can't focus on anything without getting distracted by your phone every two minutes, or you get angry when a bartender ignores you, mindfulness will tap into and strengthen the part of your brain that boosts concentration or helps calm you down so you have a new way of dealing with the same situations.  “Your brain is malleable and changes with every encounter, experience and thought,” explains Ruby, “which means with mindfulness practice you can reconfigure neural wiring, create new habits and be able to deal with your triggers much better.”

“If you were to look on a brain scanner,” says Ruby, “you would see that mindfulness deactivates a part of the brain called the amygdala that drives the ‘fight and flight’ response.” When it’s deactivated (watch the video below for a full explanation) another part of the brain, called the insula, gets to work. The more you practise mindfulness, the bigger the insula grows and that is important because it’s responsible for heightening our senses and increasing our ability to make decisions, even the hardest ones. “Think of it as doing crunches for your critical thinking!”

Mindfulness to beat stress (and more)

There are also many tangible physical health benefits that mindfulness offers. Thanks to mindfulness’ proven ability to deactivate the amygdala it then inhibits the production of the stress hormone, cortisol. We all need a bit of cortisol and stress in life because that’s how we learn and recognise we are in genuine danger, but if it stays at a constant, heightened level that’s when other things start to go wrong. Over the next five days, it’s good to remind yourself of how practising this new habit isn’t just valuable for your mind, but also your body too. Here are just some of the reasons why reducing cortisol through mindfulness is a gamechanger for your health…

Heart disease: Studies have shown that high cortisol levels from long-term stress leads to high blood cholesterol and blood pressure. But in a 2018 study on a group of people with high blood pressure, half of the participants supplemented their medication with mindfulness and reduced their blood pressure significantly more compared to those that didn't.

Diabetes: If cortisol stays in the body for too long, it results in higher blood sugar levels that over time can lead to insulin resistance and diabetes.

Memory loss: Elevated levels of cortisol cause the prefrontal cortex - the part of the brain that houses short-term memory - to thin out and for the synapses - that act as connectors to help us store information in our brain - to shrink and disappear.

Immunity: Cortisol in small doses works as an effective anti-inflammatory in the body, but when it is kept at a high level the body shuts down and becomes immune resistant leading to more susceptibility to illness’. However, studies have also shown that by practising mindfulness the level of T-cells in the body, that help fight against disease, increase.

In today’s Mindfulness for Modern Life video, Ruby explains to Rituals’ Creative Director Dagmar Brusse about the importance of mindfulness and the benefits you’ll reap by incorporating, even just a little bit, into your daily routine.

Throughout the next five days, you’ll see that Ruby’s view of mindfulness is to incorporate it into your life little and often. We’re all busy, so why not practise mindfulness on-the-go? It’s possible. “I try to do mindfulness throughout the day whenever I’ve got a few minutes to spare - waiting in a queue, on the tube, on hold on the phone,” says Ruby.

To experience a moment of mindfulness during the day, Ruby recommends closing your eyes, and try to focus on the sounds around you, your breath or the sense of your feet on the ground, anything that gets you out of your head. “It all brings you straight back into the present which is the only game in town if you want to find a little calm,” notes Ruby.

Try this today, whenever you have a spare moment and then head over to day 2 of our mindfulness masterclass to explore the negative effects of distraction and a handy task that will help you to use and improve your focus. 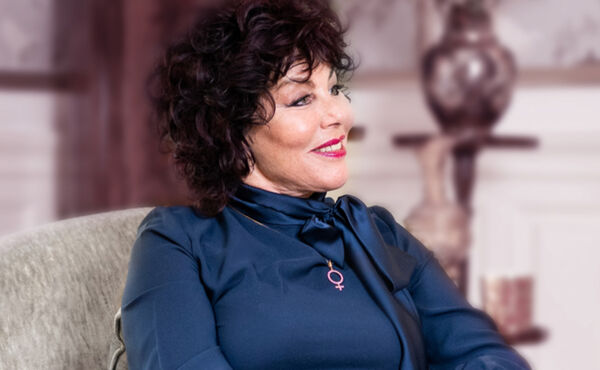 Day 2: The secret to focusing your busy mind in a hectic world 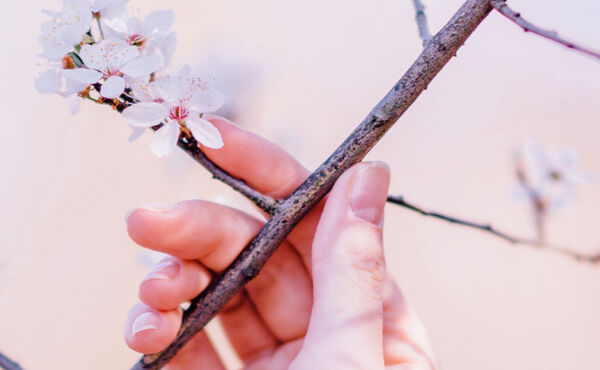 Day 3: Neuroplasticity: the secret to rewiring your brain for calm 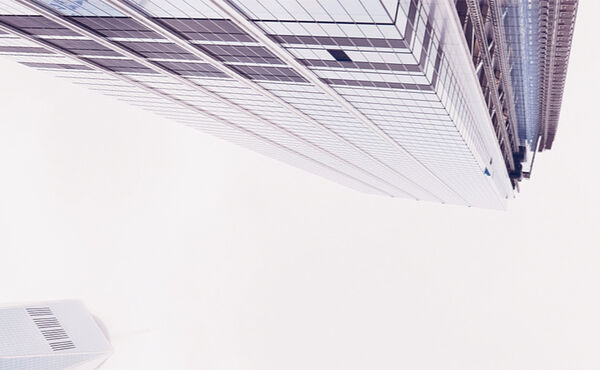 Day 4: Why we all need a coping mechanism for the stressful moments in life 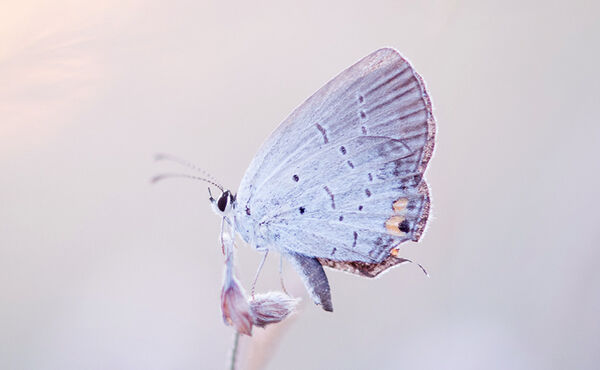 Day 5: How to use mindfulness to ease life’s big worries 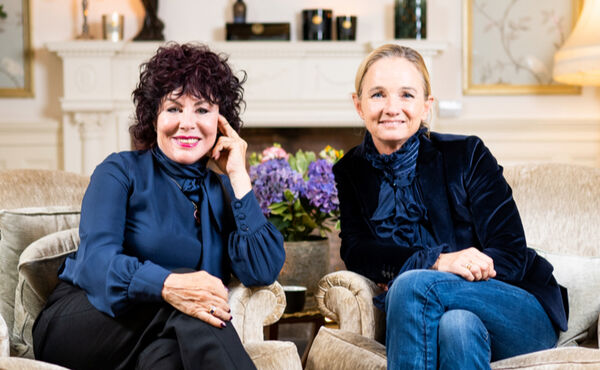 Join our Mindfulness for Modern life masterclass with Ruby Wax