Discover the tradition of lighting candles

Advent is upon us, and with it comes the tradition of lighting a candle on each Sunday between now and Christmas. All four candles symbolise a different sentiment, and by lighting them, we give ourselves a moment to reflect. But candles have been used throughout history and all over the world, with their light serving both practical and spiritual purposes.

Counting down to Christmas with candles

The concept of Advent candles originated among German Lutherans in the 19th century. They were traditionally white and housed in a Christmas wreath, with each candle taking on a sacred significance associated with the holiday. The first candle was lit to inspire hope, the second as a symbol of joy, the third to celebrate love and the fourth was a wish for peace. Today, the tradition is intended as a time for reflection on these important themes, and is less a religious act than a cultural one in a lot of households.

Before electricity was discovered, candles provided light once the sun went down. In an age before clocks, they also helped tell time. Today they are mostly used to create a soft and calming atmosphere, but they’re also a figurative way to create light and understanding through meditation. The flickering flame of a candle is often regarded as a metaphor for the soul. It is nearly hypnotic in its beauty and can produce a feeling of inner peace when you stare into its light. Those who feel lost or ungrounded may light a candle to illuminate the way to their true feelings.

Candlelight to welcome you home

People started putting candles in their windows during Colonial times, to signify that weary travellers were welcome. Because the population was so spread out, the candles were a beacon that could be seen from afar and led people to their destination in the dark. Similarly, when a family member was away, the rest of the household would light candles in the windows as a gesture of their love and a wish for their peaceful return. It’s not uncommon to see this happening throughout the months of December in modern society, as way to make the house appear cosy and inviting for Christmas.

Whether you’re lighting a candle to add to the relaxing interior of your home, for certain religious ceremonies or just to add a bit more romance in your life, one thing remains the same: you are participating in a routine that has been practiced since its invention in 200 BC. We suggest you take a moment to pause, reflect and honour it. 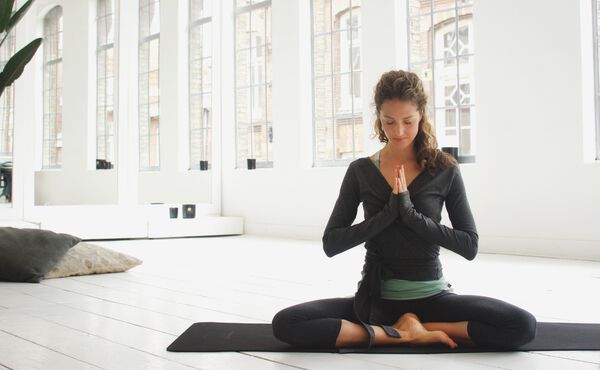 Meditate your way to forgiveness

No. Resta in Rituals Italia